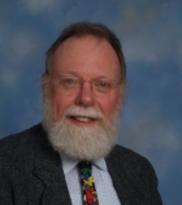 ​Born in Surrey, Michael Hitchcock studied at the Royal Academy of Music in London and Christ Church College, Canterbury.

Michael is a sought-after conductor and orchestral trainer working with both adults and young people.  He conducts the Cranbrook Symphony Orchestra, the Grosvenor Orchestra in Tunbridge Wells and the Weald String Players; he is a regular Guest Conductor of the Lydian Orchestra, North Downs Sinfonia and Wealden Sinfonia, and from 2007 to 2014 the Tonbridge Philharmonic Orchestra.  For more than thirty years he was the conductor of the West Kent Youth Orchestra.

For many years Michael directed chamber music workshops and orchestral study days where players came together to explore a work in detail in a friendly, enthusiastic day’s music making, ending with a complete play-through.

As a chamber-music and orchestral player, he has performed at many venues in South-East England including London’s Royal Festival Hall, Royal Albert Hall, Westminster Abbey and BBC radio and television studios, and at Canterbury, Rochester and Chichester Cathedrals.