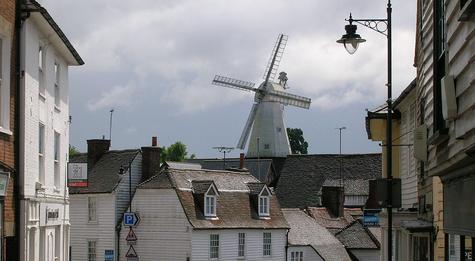 Cranbrook Orchestra began in the mid-1960s, when Wilfred Oldacre, a retired clergyman and amateur flautist, gathered a group of players keen to join an orchestra. They met in a hut in the grounds of Dulwich Prep School. Wilfred Oldacre conducted in the early days, and also a cellist called Cecil Irvin.

Later John Williams, who was head of music at Cranbrook School, conducted the orchestra and they met at Big School. He was assisted by David Murphy for a short while, when the orchestra joined forces with Angley School.

In the early 1980s, the orchestra was regularly giving three concerts a year, usually in the Queens Hall at Cranbrook School, with good varied programmes which included a concerto. During this period the orchestra was conducted first by David Murphy, then by Paul Stevens and led by Katherine Ayers (later Ridgeway).

In 1983, Peter Currie took over as conductor and presided over some ambitious programmes including two joint concerts with Cranbrook Operatic and Dramatic Society, a Viennese Night and a Gilbert and Sullivan evening.

In the mid-1980s, the orchestra briefly foundered but Lance Whitehead (one of the original founder members) and others got it going again.

Peter Currie moved away from the area in 1987, and the orchestra was conducted by Katherine Ridgeway until Judy Hollis, who was head of strings at Ashford School for Girls and who also taught at Sutton Valence School, took over in 1989. Under her guidance, the orchestra prospered and some ambitious programmes were played; a particular highlight was a collaboration with Sutton Valence Choral Society in a performance of Haydn’s Creation. By this time, most concerts were given in St Dunstan’s Church in Cranbrook, and in 1997 the rehearsal venue moved from Cranbrook School to Angley School.

Judy Hollis retired in 2007, and was succeeded as conductor by Michael Robertson, then Director of Music at Marlborough House Prep School. During his time, the orchestra began to spread its wings and gave several concerts in St Lawrence’s Church in Hawkhurst; another highlight was a charity concert given at St Ronan’s School (again near Hawkhurst) in which the orchestra was joined by local celebrity Davina McCall for a performance of Prokofiev’s ‘Peter and the Wolf’.

The orchestra’s present conductor, Michael Hitchcock, took over the reins in 2014 and has presided over many memorable performances. A particularly happy relationship has developed with St George’s Church in Benenden, with Autumn concerts often featuring instrumental soloists from Benenden School. The hall at the school itself was the venue for two remarkable concerts featuring past winners of the BBC Young Musician of the Year- 2017 saw Martin James Bartlett give an unforgettable performance of Tchaikovsky Piano Concerto No.1 and the following year gave us Laura Van Der Heijden in Dvorak’s Cello Concerto.

As the country emerges from the pandemic, the orchestra has returned to rehearsing with great enjoyment, and is greatly looking forward to putting on concerts again.